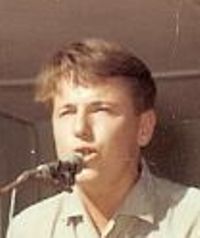 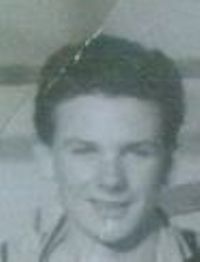 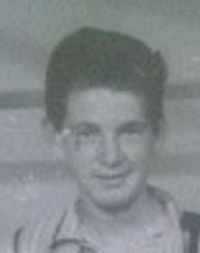 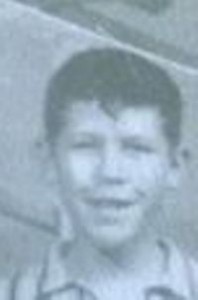 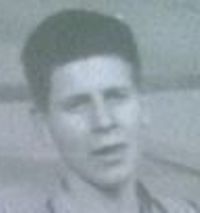 In subsequent years there were the following changes:

On occasions, the following musicians deputised for those who were not available:

In February, 1962, the BELAIRES started out being known by their original name, THE OUTSIDERS.  The founder members of the band were Noel Browne (lead), Ian Strachan (drums and the band leader), Lawrence James (rhythm guitar) and Butch Bennett (bass guitar).  In the first few months of the band’s existence, Ronnie Pienaar and Bonny Bennett shared the vocal duties.  At that time, however, the band based themselves on the Shadows so most of the material was instrumentally based sans singing.

In the very early days of the band’s existence, Noel Browne played lead guitar on a home made electric guitar which he had made himself.  (Could he have been a budding Leo Fender in his own right?).  The day arrived, however, when he was able to “upgrade” and it was with much delight that he, Butch Bennett and Lawrence James were able to visit Radio Limited to purchase their brand new Fenders ~ Lead, Fender Stratocaster, Rhythm. Fender Esquire and a Fender Precision Bass!

Ian Strachan had to wait  a little longer before being able to replace his old second hand Premier drum set.  That day, however, also arrived and a champagne coloured Gretsch drum kit with Zylgin cymbals replaced the faithful, but tired, Premier kit.  Ian was positively bristling with pride at his new acquisition!

Early in 1963 the band changed their name from the Outsiders to the Belaires, cleverly entering into an agreement with the manufacturers of Belaire shirts to promote their clothing at their gigs.  From inception the band proved popular, playing at many places and venues throughout the country.  They were seen in Salisbury, Umtali, Que Que, Gatooma, the Gwelo civic halls and at the Jewish Guild Hall in Bulawayo.

The BELAIRES broke up in October, 1967, with some of its members relocating overseas in pursuit of their careers.

The BELAIRES gigging history sparkles with noteworthy concerts, gigs and television appearances guaranteed to stir the vague memories in many of our readers’ minds!    Perhaps you can remember some of these occasions?

Held the record for drawing the largest crowd (in excess of 1000 folk) for the Sunday afternoon sessions in the hotel’s gardens.

Appeared on RTV’s “Teen Time Show” on a number of occasions.

The band, for a season of Saturday afternoons, played the latest hits of the day on the RBC radio half-hour programme known as “The Belaire Show”, hosted by Mike Daffy.

Angus Kennedy was judged second in the Best Vocalist section.

Where Are They Now?

Ian Strachan – Emigrated from Zimbabwe to South Africa in 2007 when he retired to live in Johannesburg.  Whilst preparing this entry for the band, the tragic news was received that Ian had died of a heart attack on 4 November, 2009, whilst lifting speakers in his music shop.

Lawrence James – Left the Belaires in 1964 and relocated to the United Kingdom.  Whereabouts unknown.

Angus Kennedy – Emigrated to Australia from Zimbabwe in 1981.  After pursuing a successful career in the motor trade he is now retired and living on a small holding a short distance from Sydney.  Still musically active.

Des Sherwell – Emigrated from Rhodesia in the early seventies to pursue a career overseas.  He is now retired in Maidenhead, England, after working for many years for Newsweek magazine.

Max Paton – Emigrated from Rhodesia in 1968 and lived in New Zealand for a number of years before moving to Sydney, Australia, where he worked for the ABC.  He is now retired but remains active in music.  Still a committed Shadows fan, he recently recorded and produced his own CD as a tribute to the band.  He is also involved in the refurbishment and repair of guitars.

Raymond Browne – Emigrated from Zimbabwe to South Africa and is living in Cape Town.