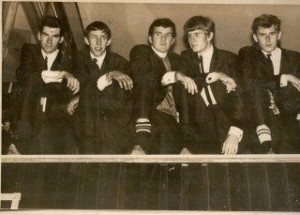 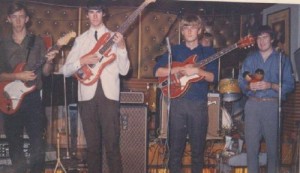 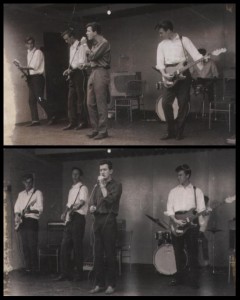 The CHEQUERS, started by Lea and John Heather together with Alan Barton whilst still Churchill schoolboys in 1961,  were extremely popular in their heyday playing regularly at venues such as the Kamfinsa Hotel, La Boheme Night Club, Le Coq D’Or, Sarum, Kenya Coffee Lounge, Drill Hall and SOE Hall.  In 1964 the band did a professional stint in South Africa playing in Johannesburg, as well as enjoying a residency at the Grand Prix Night Club in Cape Town for the year.

In subsequent years Lea Heather, and brother John, have enjoyed writing work for theatre.  They have had a number of musicals in the West End and New York.  Should you like to read more on this topic, click this HEATHER BROTHERS link.

Alan Barton relocated to Cape Town where he still lives but is no longer involved in music.

(Insert of The Chequers – Give Me A Chance – courtesy of Marq Vas).