Gypsy soon made their mark on the local scene when they won the Rhodesian Rock Band competition staged at the Skyline Hotel.  Riding on this wave of success, the band travelled to South Africa where they played at the Coral Lounge at the old Grand Hotel, as well as at Smugglers’ Inn in Durban.  At this stage Mark Robbins left the band and proceeded overseas where he was to continue his music activities. 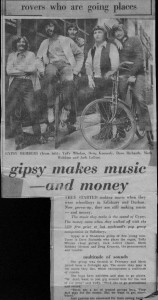 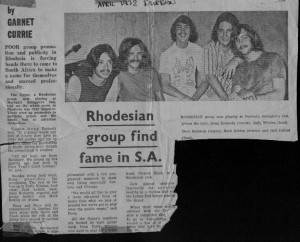